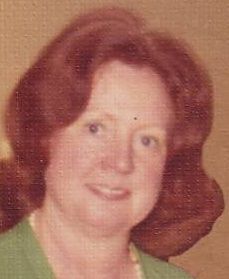 MAROA -- Edna Irene (Hildreth) Rau, 92, of Maroa, Illinois, passed away Saturday, 2 February 2019, at her daughter's family residence, near Washington, DC. Private interment will be in McClimens Cemetery, Hallsville, IL. A service of remembrance will be held at a later date.

In lieu of flowers, memorials in her honor may be made to the: USO, P.O. Box 96860, Washington, DC 20077-7677 for the benefit of U.S. servicemen and servicewomen around the globe, or St. Joseph's Indian School, P.O. Box 326, Chamberlain, SD 57326, for the benefit and ongoing education of Native American children.

Edna Irene was born 11 June 1926 in rural DeWitt County, IL, to the late Hughes McClelland Hildreth, a veteran of World War I, in France, and Ethel Irene (Cox) Hildreth, a native of Lincoln, IL. Officiated by Dr. J. Walter Malone, president emeritus of Millikin University, her marriage to John Edwin Rau, a farmer, was on 9 August 1947 in the Clinton Presbyterian Church. He preceded her in death on 25 May 2010.

Following graduation from Kenney Community High School in 1944, Edna Irene attended Millikin University in Decatur, IL, where she pursued fine arts and was a member of Zeta Tau Alpha sorority. In 1946 and 1949, respectively, she was a music teacher at the grade schools in Sullivan and Chestnut -- two generous and kind Illinois farming communities, the former of which she particularly cherished for the hospitality and support of area Amish and Mennonite families. During World War II, as a civilian on the homefront, like many other remarkable and patriotic women of the era, she served her country at the Sangamon Ordnance Plant, a key U.S. Army ammunition factory near Illiopolis, IL, in the heart of mid-America's cornfields. It would be decades later that she fondly discovered in another part of the nation friendships and shared wartime experiences with those assigned research at the contemporaneous Houdaille-Hershey Plant, a secret Manhattan Project government site located in nearby Decatur.

In past years, Edna Irene served in the Auxiliary of Decatur Memorial Hospital, volunteered with the Decatur Area Arts Council, and was a member of the Stephen Decatur Chapter of D.A.R. She was also a sister in international P.E.O., Chapter B, Clinton, IL. Throughout life, she was a quiet, yet devoted, studious patron of cultural arts, supporting events of Millikin University's Kirkland Fine Arts Center, Krannert Center for the Performing Arts at the University of Illinois, Clinton Fine Arts Center, Springfield Sangamon Auditorium, and Lyric Opera of Chicago.

In our digital (perhaps sometimes dizzying, distracting, disorienting) age of the Internet and social media, Edna Irene was grateful to live simply, quietly and still independently at age 90 on her family's farm near Hallsville, IL, and her childhood footsteps. There, her sunniest days were of summer outdoor walks with her beloved dachshund, an autumn glimpse of wild birds and white-tailed timber deer, a hot cup of winter tea while listening to classical music or reading a book, a thoughtful visit from good neighbors across the springtime pasture, a beautifully hand-written letter to friend or family across the miles, a timeless Irish poem or bit of folklore remembered and recited. Indeed, she was a woman for all seasons.

In your journey onward, Edna Irene, from all of those whose lives you gracefully touched:

"May the road rise to meet you

May the wind be always at your back

May the sun shine warm upon your face

And rains fall soft upon your fields" (a Celtic verse)

Online condolences may be made at www.calvertmemorial.com.