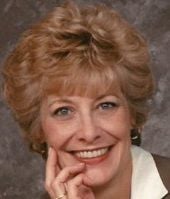 DECATUR -- Ruth McDonald Prust, 84, who lived in Decatur the majority of her life, passed away peacefully at her home in Hilton Head, South Carolina on February 2, 2019, after a long illness.

Ruth was a vivacious presence whose beautiful smile lit up a room. Active in women’s organizations such as P.E.O. Sisterhood and Tri Delta Sorority, she had a lifelong love of learning and was a member of numerous book clubs. Her two grandsons were a great source of delight.

Born and raised in the small town of Elmwood, Illinois, Ruth decided as a teenager that she wanted a life beyond a small town. She enrolled at Millikin University in Decatur, Illinois, where as a sophomore she concluded that George Prust, the handsome president of that year’s senior class, would make an excellent husband and they started dating. Two years later, in 1956, Ruth received a B.S. from Millikin and then flew to Germany to join George, who was serving in the Army. They married on June 14, 1956, and they spent much of the next three months touring Europe where she developed a love of travel.

Returning to Decatur, Illinois, George was employed in management with A. E. Staley Manufacturing Company and Ruth began working as a sales clerk at Van Law Carol’s, a ladies fine department store, where she would become a bridal consultant and later the fashion coordinator and commentator.

An active volunteer, Ruth rose to leadership positions in many organizations including president of: Junior Welfare; James Millikin Homestead Board; P.E.O. chapters in Decatur and Hilton Head; and Delta Delta Delta Sorority both while in college and the Alumnae Chapter. She was vice-president of the Decatur Area Arts Council and served on the following boards in Decatur: YWCA, Easter Seal Society, and the Lincoln Theatre. Ruth was chairman of Decatur’s Historic and Architectural Sites Commission and also served as Deacon and Elder of Westminster Presbyterian Church. In Hilton Head, she was secretary of the Palmetto Hall Plantation Women’s Association and chairman of the PHP Book Group.

After George retired in 1988, they enjoyed traveling the world and spent winters on Hilton Head Island. Eventually building a home in Palmetto Hall Plantation, they split time between Illinois and the South Carolina until 1999 when they sold their home in Decatur. In 2000, they built a second home in the mountains of South Carolina where they enjoyed summers until selling that property in 2018. In 2015, Ruth and George moved into TidePointe, a retirement community on Hilton Head, where they continued living until her death.

Ruth is survived by her husband, George M. Prust; son, Robert M. Prust and his wife Jane (Abbott) of Bluffton; daughter, Cynthia Rintye and her husband Perry of Atlanta; two grandsons, Jackson Prust and Alex Rintye. She was preceded in death by her parents and her sister, Phyllis Elliott.

On Saturday, February 9, at 4 p.m. at the TidePointe clubhouse, there will be a service led by Dr. John M. Miller, followed by a reception for friends and family to celebrate Ruth’s life. The clubhouse is located at 700 TidePointe Way. On February 5, a private burial was held at Six Oaks Cemetery in Hilton Head.

Memorials may be made to Millikin University, Alumni and Development Office, 1184 W. Main St., Decatur, IL 62522. Arrangements by The Island Funeral Home and Crematory. Islandfuneralhome.com