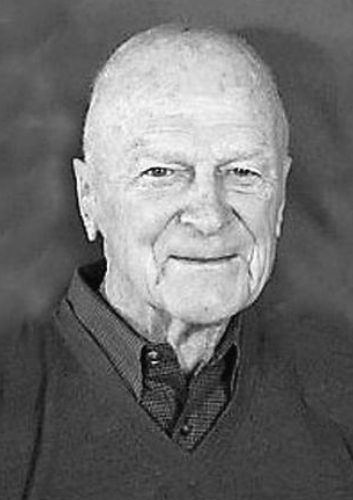 Born on January 18, 1924 in Decatur, Illinois, he was the son of the late Charles A. and Anna (Alt) Norman, Sr. Mr. Norman was a lifelong resident of Decatur, moving to Aurora in 2016. He was a member of St. Paul Lutheran Church in Decatur, and was a graduate of Millikin University in Decatur, where he was active with Sigma Alpha Epsilon, and volunteered for many years following graduation. During World War II, he served his country with honor in the U.S. Army. Mr. Norman had been employed at Caterpillar as an engineer in Prove Design retiring in 1986 after 31 years of employment. Mr. Norman was a gentleman whose very active life included racing sail boats, playing and watching tennis, collecting antiques, restoring old British cars, and reveling in the beauty of the Boundary Waters.

On November 7, 1959, he married his beloved wife Mildred “Millie” Norman who preceded him in death in 1996. Survivors include his devoted children Charles A. (Mary) Norman,III of Aurora and Kathryn Mandrell of Tampa, Florida; dear brother James (Gail) Norman of Houston, Texas and sister Ann Ettinger of Springfield, Illinois; and his loving grandchildren Travis, Garrett, Kendall, Irene and Chas. He was a devoted family man who delighted in them.

Calling hours will be Friday December 15, 2017 from 5:00 P.M.-7:00 P.M. at the Dawson-Wilkoff Funeral Home 515 West Wood, Decatur, Illinois 62522-3111, where his funeral service will be held on Saturday December 16, 2017 at 11:00 A.M. Officiating will be Pastor Mark Gearig. Final resting place will follow at Fairlawn Cemetery, Decatur, Illinois where full military honors will be presented by the U.S. Army Honor Guard Team, assisted by members of the Macon County Honor Guard. In lieu of flowers. Donations are suggested to Wilderness Canoe Base, 738 Hickory Pt. Lane, Amery, WI 54001. Arrangements are by the Green Family Funeral Home & Crematory Service in Mantua, Ohio where his obituary, video tribute, condolences and memories may be shared at www.greenfamilyfuneralhome.com.