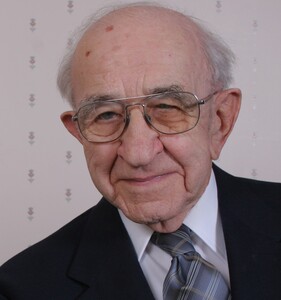 Born Dec. 21, 1918, he was the son of Paul S. and Ruby (Ryan) Millikin. He married Margaret (Peggy) Ford on Sept. 27, 1940, and enjoyed a 75-year marriage. He is survived by two sons: James F. (Ann) of Danville, and Paul S. (Sue) of West Chester, Ohio, four grandchildren, Jim (Diana) Millikin of Nolensville, Tenn., Bill (Ann) Millikin of Lebanon, Ill., Cheri (Mike) Swanson of West Chester, Ohio, and Jon Millikin of Algonquin, Ill.; step-granddaughter, Rebecca Clawson of Danville; and five great-grandchildren, Gabrielle, Julia, and Christopher Millikin and Ben and Sara Swanson. He was preceded in death by his wife, his parents, and his sister, Barbara.

In 1963, Jack started his career in real estate. The tradition of establishing family businesses continued in 1971 with the launching of Jack Millikin Real Estate, opening the new office adjacent to the family dry cleaning business.
Jack and Peggy were longtime members of the Danville Boat Club, Danville Country Club, and Danville Elks. Jack was a past president of Noon Kiwanis, with 65 years of perfect attendance, and was always one of the top ticket salesmen for the Kiwanis Pancake Day, even at the age of 97.

Jack enjoyed playing cards, especially with his family, and spending time in Naples, Fla., where they vacationed for many years.
A celebration of his life will be held Wednesday, Aug. 23, at 11 a.m. at Sunset Funeral Home and Cremation Center, 3940 N. Vermilion St., Danville, IL 61834. Visitation will be held an hour before the service. Burial will be in Spring Hill Cemetery. Memorials can be made in Jack's name to Danville Noon Kiwanis. Please join Jack's family in sharing photos and memories on his tribute wall at www.sunsetfuneralhome.com.