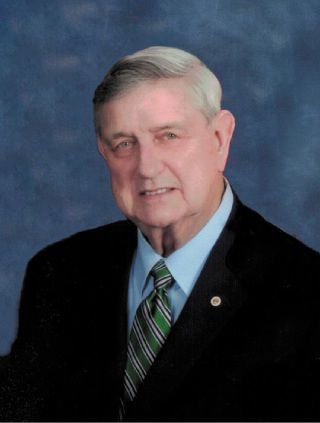 A Mass of Christian Burial will be 10 a.m. Tuesday, November 28, 2017, at St. Pius X Church, Rock Island. Visitation will be 4-7 p.m. Monday at Rafferty Funeral Home, 2111 1st St. A, Moline, with a rosary at 3:30 p.m., followed by a 4th Degree Knights of Columbus Chalice Presentation. Entombment will be at Calvary Cemetery, Rock Island, with military honors conducted by American Legion Post 246, Moline. In lieu of flowers, memorials may be made to the American Red Cross in the Quad-Cities, the Rock Island Rotary Scholarship at Augustana College, or a charity of choice.

Fred graduated from St. Teresa High School, Decatur, Illinois and earned his B.S. at Millikin University, Decatur. He was a U.S. Army veteran, stationed with the security agency in Germany and England. After graduation, Fred joined the American Red Cross and served with them at Great Lakes Naval Station. He moved on to field representative positions in Norfolk, Nebraska, and Milwaukee, Wisconsin, before moving to the Quad-Cities in 1967. Fred retired as the Executive Director of the Quad-Cities Chapter of the American Red Cross after 39 years.

Fred and Nancy loved to travel, including trips to many Rotary events in their district and attending seven Rotary International conventions in several countries. They also enjoyed taking summer trips for many years with their children and grandchildren. He also enjoyed dancing and monthly “financial seminars.”

Fred will always be remembered for his love of family, leadership and service to others.

Condolences may be left at www.RaffertyFunerals.com.