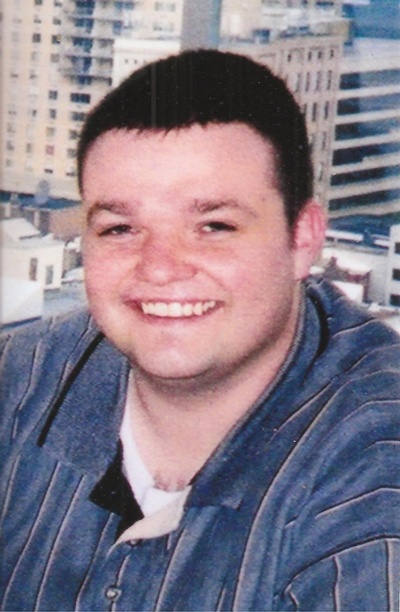 Brok Jackson, someone who worked continuously to support his family, community and children in general, passed way unexpectedly on April 13, 2019, at the age of 39. After fighting for several days at Boone County Hospital in Columbia, Missouri, Brok succumbed to complications related to a previously undiagnosed seizure condition.

Brok had a brilliant mind and was known as the “Math Master.” Over the span of his professional career Brok learned how to best apply his love of math, knack for business and passion for children. Brok graduated from Kirksville High School, class of 1997, where he played varsity tennis. He went on to receive a bachelor of science with a dual major in finance and accounting at Millikin University. Brok was a member of the Kappa Sigma fraternity.

Brok started his professional career at Deloitte & Touche in Chicago, Illinois. He later became a member of the Chicago Mercantile Exchange as a trader for Skty Trading. Brok also sat on the Euro Dollar Options Settlement Committee. Brok moved back to Missouri in 2010 and became engaged in his hometown community. Brok became the Administrator for the Sullivan County Health Department. During his tenure, the health department received the Missouri Foundation of Health grant, an influential 3-year grant that was extended for an additional year. Brok was also served as the treasurer for Missouri Association of Local Health Agencies.

Brok became engrained in his community. He was an active member of the Milan Rotary Club. He sat on the Multi-Cultural committee for Milan, assisted with the new library in Green City, and supported the local farmers market. Brok loved children. In addition to his work at the health department and the community, Brok was a coach of the Milan Children’s Wrestling Club and contributed his time to helping children with homework at the Milan afterschool program.

Brok leaves behind his mother Donna Jackson; sister Brodi and her husband Gregory Borchardt; and nephews Charlie and Hunter who are all devastated by the loss. Throughout his life until the end, Brok had the love and support of many aunts, uncles, cousins and a half-sister. Brok was preceded in death by his father Neal Jackson; paternal grandparents Willis and Frances Jackson, very special aunt Maxine “Mackie” Bonnette; maternal grandparents Leroy “Chub” and Thelma Nicholson; and sister Misty.

A memorial to celebrate Brok will be held April 28, 2019 at 1pm at the Holiday Inn Express in Kirksville, MO. Memorial gifts can be made to a newly created foundation in Brok’s name. The Brok Jackson Memorial Children’s Foundation will continue Brok’s good work supporting young children. Donations may be made at GoFundMe.com or mailed to 705 N. Green, Kirksville, MO 63501.