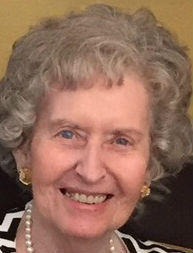 Shirley Mae Holden, beloved wife, mother, and grandmother, age 84, of Allen, TX and Decatur, IL, passed away on January 21, 2017 surrounded by her family. She was born in Marion, IL on February 23, 1932, daughter of Loren and Velma (McGinnis) Cox. She married the love of her life, Earnest Walley (E.W.) Holden in 1951 at the First Baptist Church in Decatur. Together they raised 3 children and enjoyed 63 years of marriage. Their marriage served as an inspiration, and a reminder of the importance of faith, family and commitment.

Shirley tirelessly served many throughout her life. She had a strong faith in God and a selfless devotion to the First Baptist Church. She was a deaconess, and actively served in the choir and music programs, as well as many other capacities. She also served by volunteering at the Thrift shop, Decatur Memorial Hospital, and the area schools.

Shirley was well known for her incredible singing voice. She was a voice major at Millikin University. She had a rare gift, and was the featured soloist for many programs and shows. Besides singing, Shirley had many interests including spending time with her family, traveling around the world, camping, quilting and serving others. Those who knew her remember her selfless care of others. She loved people and touched the lives of many throughout the years, and was a gift to us all.

She is survived by her children, Gary Holden of Albuquerque, Vicki Holden Croxton and husband Fred of Allen, TX, and Larry Holden and wife, Kristina of Plano, TX; seven grandchildren, two great-grandchildren, and a host of other loving family members and friends.

She was preceded in death by her husband, E.W. Holden, her sister, Charlotte Harper, and parents.

A memorial service will be held at 10 am on Monday January 30th at Turrentine-Jackson-Morrow chapel in Allen, TX. Inurnment will be at the DFW National Cemetery.