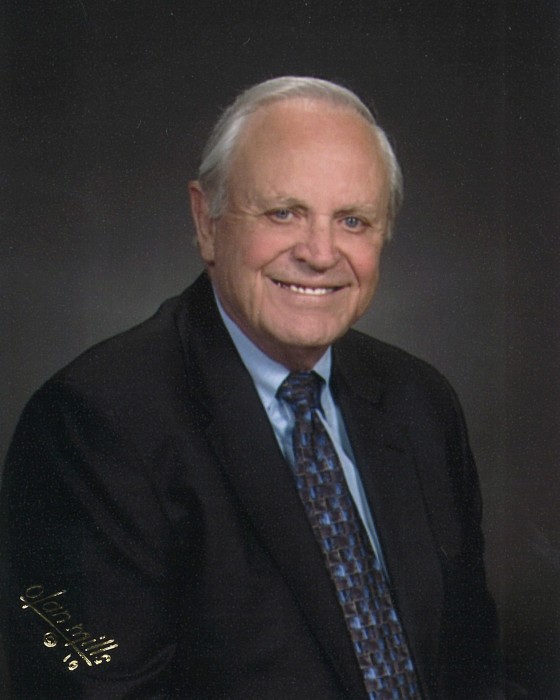 Born in Fairfield, IL., he was the son of the late Obe and Delpha Henson.

In addition to being a son, brother, husband and father, he was a student attending Graceland University, Millikin University and Stanford University.  As a soldier he served in the U.S. Army.  After school and the Army he began a career in the grocery business at Eisner Food Stores culminating in becoming President of Star Markets in Boston, of Jewel Food Stores in Chicago, and Chairman of American Superstores in Chicago.  He then retired to Florida for many years and ultimately to Greenville. He enjoyed his golf and his friends and his family.  He was a member of Trinity Presbyterian Church.

In addition to his parents, he was preceded in death by a son, Jeffrey Henson; and a sister, Marcella Henson.

A funeral service will be held Monday, May 6, 2019 at 10:30 a.m. at Thomas McAfee Funeral Home, Northwest Chapel. A private burial will take place at a later date.

In lieu of flowers, memorial may be made to American Cancer Society, 154 Milestone Way, Greenville, SC 29615, or to Trinity Presbyterian Church, 405 Trailblazer Drive, Travelers Rest, SC 29690.

Home Away from Home
Athletic facility project receives major gift
Tabor Times: A Letter from the Dean
Millikin University plans $6.7 million Facility for Athletes
"Graduates, We Did It."