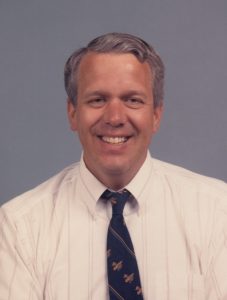 Bill was born on Jan. 7, 1945, in Decatur, the son of William Robert and Charlotte (Conklin) Boyer Sr. He attended Hotchkiss School and was a graduate of Millikin University, proudly served in the U.S. Navy Reserves, and served as an official on many committees and boards to include Scoutmaster of Boy Scout Troop 664 in Falls Church, Va., active member of his church, First Congregational Church of Cherryfield and the commodore of Petit Manan Yacht Club in Maine. He was a loving father and great friend who shared his passion for chess, sailing, camping, adventuring and folk singing with his boys, grandchildren and friends. Making acquaintances and winning friendships came naturally to Bill with his jovial sense of humor and warm approachable personality.

He was preceded in death by his parents and sister Barbara Kent.

The service to celebrate Bill’s life will be at 2 p.m. on Saturday, Feb. 11, 2017, in Graceland/Fairlawn Funeral Home. Visitation will be 1 to 2 p.m. on Saturday in the funeral home. Burial will be in Fairlawn Cemetery.