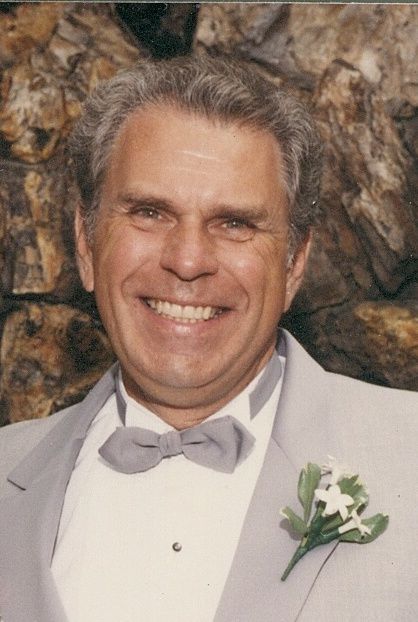 DECATUR – Edgar Keyl Augustine, of Fort Dodge, Iowa and formerly of Decatur passed away March 4, 2017, surrounded by his children and grandchildren. We know he is now in the loving hands of God and reunited forever with Treva Marie Augustine, his loving wife and soul mate of 55 years. Edgar was born on May 14, 1933 in Decatur, Illinois to Ada E. Augustine (Keyl) and Henry C. Augustine. He graduated from Stephen Decatur High School and attended Millikin University where he studied nuclear physics. While at Millikin, Edgar was a member of the football team, men’s choir, and Delta Sigma Phi fraternity. During college he was employed by the Decatur Herald and Review as a photographer. In 1953, he received an Illinois Associated Press Award for a photograph published in the Decatur Herald and Review.

In 1954 he entered the US Army Signal Corps. During his tour, Edgar travelled all over the world including Turkey, Egypt, Morocco, and Saudi Arabia. Upon returning to the States, he met Treva Lamb. The two were married on June 30, 1956 at St. Thomas Church in Decatur.

Edgar was employed by Caterpillar Equipment Company in Decatur and worked in public relations. He and Treva ultimately chose to relocate in 1957 to Mason City, Iowa where Edgar was employed as a Caterpillar salesman for Gibbs Cook Equipment Company. In 1966, Gibbs Cook asked Edgar to relocate to Fort Dodge, Iowa where he was later named Western Regional Sales Manager. In 1987, Gibbs Cook was acquired by Caterpillar dealer, Zeigler, Inc. and continued his sales career with them until his retirement in 1999.

After retiring from Ziegler, Edgar purchased Barrett Moving and Storage. Edgar was known as a kind employer who was not only a boss but a mentor and friend to his employees. He remained in the moving and storage business until his death.

Edgar played a vital role in his community and State. He was the past president of many civic organizations including the Fort Dodge Chamber of Commerce, United Way of Fort Dodge, the Iowa Good Roads Association, and Highway 20 Corridor Association which was integral in converting Highway 20 to four lanes across Iowa. He was a member of the Elk’s Club and the American Legion. In recognition of his efforts, Edgar was presented the Lion’s Club Community Service Award in 1986. Edgar was also an active member of Corpus Christi Parish and the Catholic School system. He assisted with many church activities such as being a Scout Master, flag football coach, and provided support for many musical productions.

Most importantly, Edgar was a man who lived his entire life for his wife, children and grandchildren. His love and devotion was illustrated by his constant guidance and support. He was a tremendous father and person and he will be greatly missed.

Funeral services will be 10:00 a.m. Thursday, March 9, 2017 at Laufersweiler-Sievers Funeral Home and then 10:30 a.m. a Mass of Christian Burial will be at Corpus Christi Church with Msgr. Kevin McCoy officiating. Burial will follow at Corpus Christi Cemetery where full Military Rites will be presented. A visitation will be Wednesday from 4:00 to 7:00 p.m. at the funeral home, with a Vigil at 7:00 p.m.

Dr. James Reynolds begins duties as Millikin's 16th...
From Cocktails to Chemo
Millikin bids farewell to its 15th President
A Farewell Message from Our 15th President, Dr. Patrick...
MU With U: Leon Lewis-Nicol