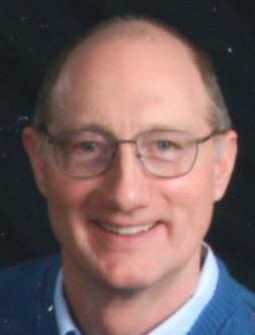 Ed was born June 11, 1951 in Milwaukee, Wisconsin, the first child of Robert C. and Muriel A. Acheson. Ed graduated from Carroll College (now Carroll University), Waukesha, Wisconsin, in May, 1973 with a B.S. degree in Chemistry. It was while attending Carroll that he met the love of his life, Lucy Blakely. They were married in August, 1973, and immediately moved to Tucson, Arizona where Ed began his graduate studies in Chemistry. He received a Ph.D. in Analytical Chemistry from the University of Arizona in May, 1983.

In 1979, Ed accepted a position as Instructor of Chemistry at Millikin University in Decatur, Illinois. Ed thoroughly enjoyed his 35 years at Millikin, retiring in 2014 as Associate Professor of Chemistry Emeritus. During his tenure at Millikin, he served various terms on virtually all the Councils at Millikin, served two terms as Chair of the Chemistry Department, was instrumental in the planning, design, and construction of Leighty-Tabor Science Center, mentored several younger faculty, both formally and informally, and served as the occasional gadfly at faculty meetings, much to the chagrin of administrators. His real passion and joy came from working with students, both inside and outside the classroom. He is most proud of his many research students (you know who you are) who gave presentations at regional and national scientific meetings. Millikin recognized Ed in 2006 with the “Teaching Excellence and Campus Leadership Award”, and the Chemistry Department honored him and Lucy by establishing in 2018 the “Dr. Ed and Lucy Acheson Award for Excellence in First Year Chemistry” given at the annual Honors Convocation.

Ed was also active in the American Chemical Society. He served as the local section secretary for over 30 years, and served on the ACS committee that wrote the 2001 national exam in Analytical Chemistry. He served the Chemistry profession in various other ways, including reviewing science education proposals for the National Science Foundation, and being an early contributor to the National Center for Case Study Teaching in Science.

Ed and Lucy were both active members of Central Christian Church in Decatur. Over the years, he (and Lucy) served as Youth Group Leader, Usher, Deacon, and Elder. After retiring and moving to Cottonwood, Arizona, he was a member of Spirit of Joy Lutheran Church, volunteered at Rising Hope Food Bank, participated in (and thoroughly enjoyed) courses offered through the Osher Lifelong Learning Institute, and was active in numerous activities at Cottonwood Ranch, including bridge, bingo, and water aerobics.

A memorial service will be held at Central Christian Church in Decatur, Illinois on April 7, 2019 at 2:00 pm with a reception at the church to follow.

In lieu of flowers, memorial gifts may be made to the Dr. Ed and Lucy Acheson Award for Excellence in First Year Chemistry endowment, c/o Alumni and Development, Millikin University, or Central Christian Church.

Ed was a kind, patient, generous brother, friend, colleague, and husband. He would ask questions and really listen to the answer. Even in his last months he tried to make his loved ones feel better by downplaying the progression of his cancer with humor.

Ed will be remembered as a kind, gentle man who brought a bit of sunshine into everyone’s life.