The route for the historic Potawatomi Trail of Death begins in Twin Lakes, Ind., and stretches approximately 660 miles through Illinois and Missouri before ending in Osawatomie, Kan., along the Osage River. When Rev. Jeffrey A. Geary set off on his journey to traverse the Potawatomi Trail on foot, he did so with intention to acknowledge the forced removal of nearly 900 Potawatomi tribe members from their land and to remember the more than 40 people, many of whom were children, who died during the march.

Rev. Geary, a graduate of Millikin University's Class of 1991, is the senior minister of the White Plains Presbyterian Church in White Plains, NY. When he decided to take a sabbatical after ten years of service to the church, Rev. Geary wanted to use his time meaningfully. He said that by walking the entirety of the Potawatomi Trail of Death he was accepting Dr. Martin Luther King Jr.'s invitation to "X-ray the necessarily complex and detailed history that disfigures our society," as mentioned in the 1964 book, "Why We Can't Wait." 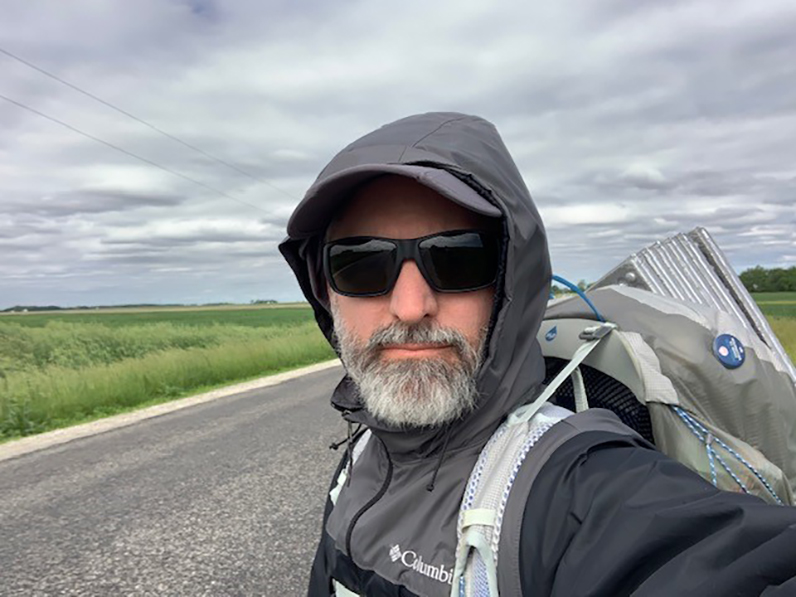 When asked his purpose for walking the Trail, Rev. Geary said,

"I walk first of all to acknowledge the legacy of settler colonialism, and the great injustice done to Native Americans in general, and the Potawatomi in particular."

Throughout his nearly 700-mile trek, Rev. Geary planned to visit the 80 memorials placed along the Trail to honor the memory of the Potawatomi people and recognize their inhumane treatment and loss. Since 1994, the Potawatomi Trail of Death has been a designated Regional Historic Trail. To Rev. Geary, the pilgrimage also held personal meaning. He described how the forced removal of the Potawatomi enabled his ancestors' settlement in northern Indiana and in adjacent land in Illinois around 1850.

"I walk secondly to acknowledge that I and my family have benefited from the federal policy of Indian Removal," Rev. Geary said. The policy he referred to was the Indian Removal Act, which was signed into law in 1830 by U.S. President Andrew Jackson and authorized negotiation to remove Native American tribes from their land to lands west of the Mississippi River. On Aug. 30, 1838, a militia was authorized to forcibly remove the Potawatomi from the State of Indiana.

Throughout his journey across the Trail of Death, Rev. Geary walked approximately 15-20 miles each day, similar to the distance traveled daily by the Potawatomi during their march. He made stops along the route both for rest and to share his story and the history of the Trail of Death with people he met along the way. 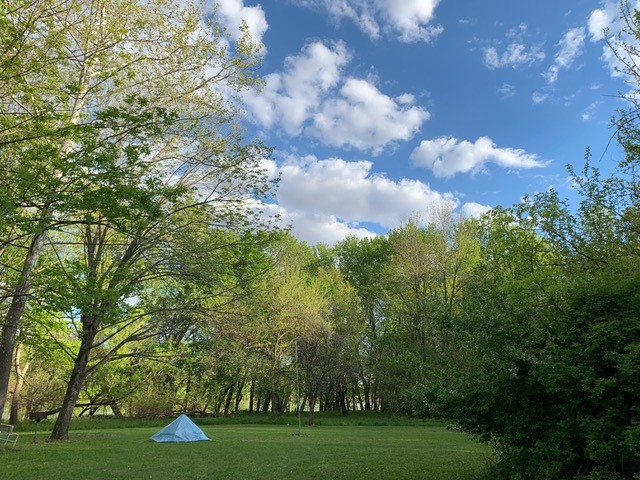 The path traveled by the Potawatomi people crosses through Decatur before continuing west toward Springfield. After walking nearly 250 miles, Rev. Geary reached Decatur and briefly paused his walk to visit his alma mater, Millikin University. He also stopped to visit the historical monument placed to commemorate the Trail. The monument, which is engraved with journal entries that detailed the Potawatomi peoples' struggles, was placed in Mueller Park by Zeta and Bernard Wright in 1994.

On July 4, 2021, after wearing down several pairs of shoes, enduring near-100-degree temperatures without shade and with immense gratitude toward those who showed him hospitality along the way, Rev. Geary completed his walk of the Potawatomi Trail of Death in the City of Osawatomie, Kan. Rev. Geary refers to this as the physical end of his journey. 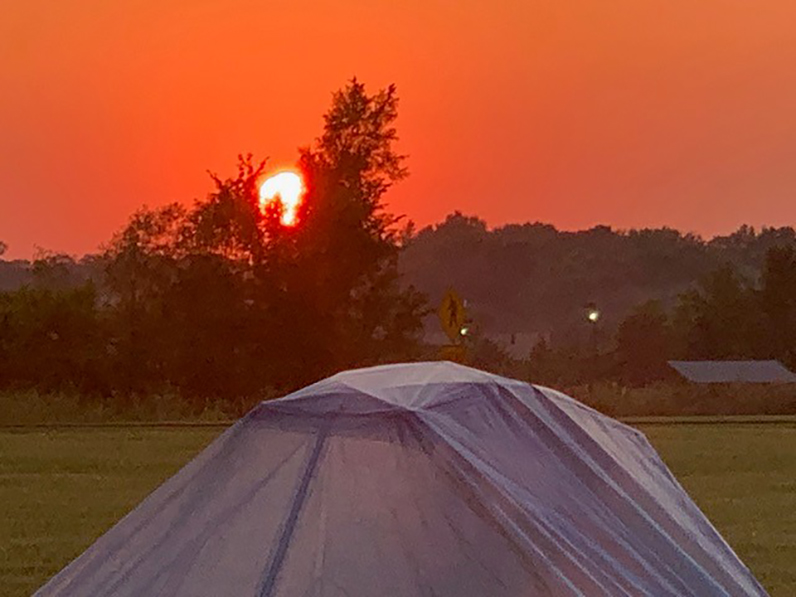 "The spiritual end of the trip was a bit further south at what was known as Sugar Creek," he detailed in a blog post about his experience. "It is here that the Potawatomi joined those from other removals and made a home. It is a place I experienced grief upon grief, and overwhelming sorrow as the magnitude of the loss became clear," Rev. Geary wrote.

"It is therefore crucial to connect with Potawatomi and other Native American peoples and listen to their needs today."

In recognition of the injustices and inhumane treatment experienced by the Potawatomi people during their march, Millikin University has included the original landowners on a dedication plaque for the recently built Center for Theatre & Dance facility. The plaque reads as follows:

"Millikin University is located on the traditional territory of the Kiikaapoi, Peoria, Myaamia, Ochethi Sakowin, Illini, Potawatomi, Kaskaskia, Peankashaw, Wea, Mascoutin, Odawa, Sauk, Mesquaki, Ojibwe and Chickasaw Nations and people. We honor the original ancestors of this land and their displacement, dispossession, and continued presence. We strive to be accountable by acknowledging this history and cultivating respect in our relationships with our Native neighbors and land."